May 28, 2009
After 10 days traveling in Turkey with our 16-month old son, we found that going to far-away countries with a toddler is not as difficult as many people believe. Yes, we also had our own concerns, and we had set our expectations that we might have a rough time. Yet, we had decided that it would be worth the effort since we were very eager to visit Turkey. As it turns out, most of our concerns weren’t justified, and we found that Daniel had a great time in Turkey. Below are a few things we have learned in our trip. •Jetlag: Interestingly enough, it was easier for Daniel to adjust after this complex trip than after a “simple” journey to Germany. After a 26-hour journey (2 flights and one 2.5 hour car drive) and a jump of 10 time zones, internal rhythm is typically quite upset for everyone, big and small. We flew with the night flight from San Francisco to Frankfurt, so Daniel had a good night of sleep behind him when we landed in Germany. From then, we paced his naps until the following evening, alternating with games and new, exciting experiences around our hotel (see below). To our biggest surprise, he slept for 12 hours during that first night, waking up at 9am the next day! The adults had a much harder time! Since then, Daniel has pretty much followed his normal routine, although his wake-up time went back to the normal 6-7am time after a few days, to our big disappointment. •Health: I was personally most concerned about Daniel’s ability to adjust to new food. We only had a few crackers with us, and we were planning on giving Daniel local food for most of the trip. Would he like the new food? Could he get sick? As it turns out, Turkish food is perfect for babies: a lot of fresh fruit, very tasty bread, well-cooked meat and fish dishes. Daniel enjoyed the food (although I have to admit he ate only mostly bread) and didn’t seem to have any problem adjusting. On a related note, the weather in Turkey is great for babies too: warm and neither humid nor dry. It makes it easy to dress them… just don’t forget sunscreen. •Entertainment: To be honest, we hadn’t put much thought into entertainment options for Daniel during this trip. We had bought a few of his favorite books and toys, but were limited in our luggage allowance. Most of our sightseeing program was geared towards architecture and history, things our 16-month old doesn’t quite appreciate yet. However, I think that Daniel had a great time in Turkey. 2 words: animals and vehicles. We visited mostly rural parts of Turkey, which was a perfect fit for Daniel’s current interests. There were farm animals everywhere in the villages we visited, and the roads were a collection of tractors, trucks, and buses, things we hardly see in the Bay Area. It was really an endless adventure for him, and he couldn’t seem to get enough. His favorite past time at night is now to see pictures of the donkeys, buses, etc… we saw earlier in the day. The books we brought from home are not really asked any more. •Friends: One of the great things about Turkey is that people love kids. Everywhere we went, Daniel became a highlight. He made friends quickly, with people inviting him to visit their farms or sit on their motorcycles, playing ball with him or sharing food with him. He loved the attention and being able to discover new things through these new friends. We loved it too, as it allowed us to find spontaneous baby-sitters when having dinner for instance. Daniel getting to know the animals in the Turkish village 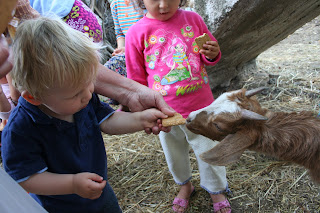 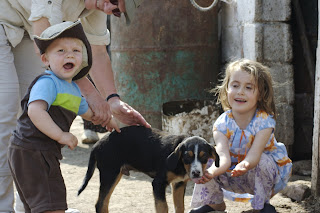 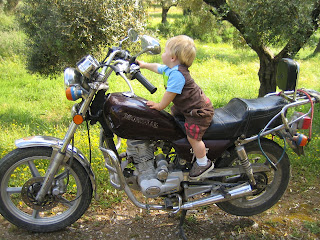 Daniel and his new friends 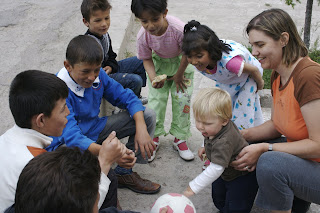 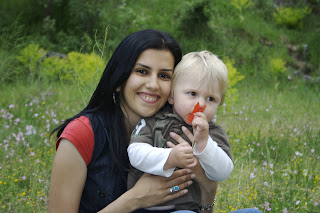 Overall, this was a great trip. We got to visit the Turkish places we wanted (South Aegean Coast and Cappadocia), got some rest, and we think Daniel enjoyed it a lot too. He definitely learned a lot, just judging from his new vocabulary and games. We will consider doing these types of trips with him again, and hopefully next time, we won’t have to worry as much about how he does.